Chosen Children is a provocative expose and documentary about the failures inherent in our foster care and adoption systems, and in our understanding of the mental health needs of the adopted person. This e book is a distressing but very real look at the shocking stories behind 264 adoptees who have been found guilty of parricide (murder of their adopters or adoptive relatives), mass murders and serial killings.

Statistics show that there are approximately 500 serial killers in U.S. history. Of those, 16 % were adopted as children; a shocking percentage because only 2-3 % of the general population in the U.S. is adopted. Although the exact number of adopted children and adults who commit murder is unknown, it appears that they are grossly over represented in the prison system. It is estimated that adoptees are 15 times more likely to kill one or both of their adoptive parents than are biological children to their biological parents.

Compiled by Lori Carangelo, a birthmother, Chosen Children reveals why so many adults who were fostered or adopted as children have had such negative outcomes. Each of the 264 stories of “Adopted Killers” outlined in her book demonstrates to us how the veil of secrecy in adoption is directly linked to later criminality. Ms. Carangelo motive, if you will, to extensively chronologies the types of murders committed by adoptees, i.e. parricides, serial murderers and mass murderers, is with the intent to explain why this population of children and adults can be vulnerable to the propensity of acting out their internal struggles. These stories are shocking.

As a community of mental heath providers, adoptive parents, foster parents as well as the criminal and legal professionals in the field of adoption, we need to understand the common threads of abandonment, rejection and secrecy that prevails and how it can affect some adoptees.

While the stories and accounts of countless of adoptees that demonstrate anti social behaviors is astounding and disturbing, we need to pay attention to their stories and to learn how to make being adopted more palpable and more successful

For a complete listing of adoptees, both famous and infamous who have committed parricides, mass murderers and serial murders, go to “CHOSEN CHILDREN 2016”. Ms. Carangelo is the founder of Americans For Open Records. Her e-book is available as a downloadable PDF. 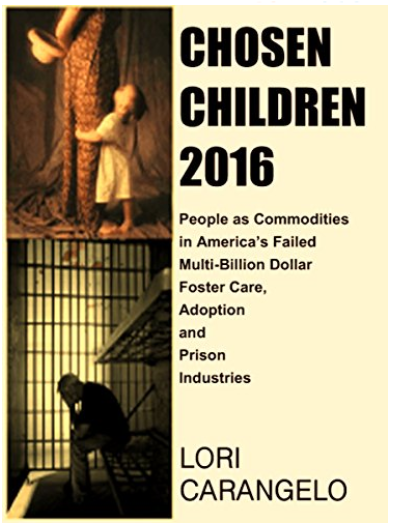